Russian forces in the Mediterranean - Wk05/2022 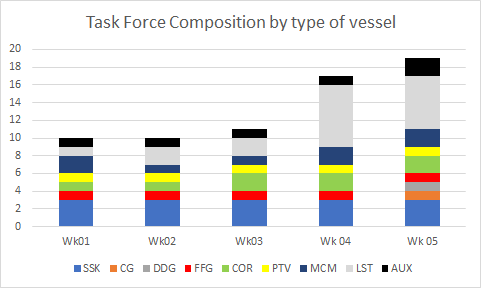 Weekly Brief
The long awaited concentration of Russian warships in the Eastern Mediterranean has been completed with task forces from the Baltic, Northern and Pacific Fleet converging at the Syrian naval base at Tartus. The amphibious assault ships of the Baltic and Northern Fleet were reported in port by the end of the week, resupplying their food, fuel and water supplies. A joint interfleet training exercise is expected to take place somewhere at the beginning of week 06.
It is unknown if the amphibious assault ships will later move to the Black Sea as is anticipated. So far, the Russian Ministry of Defense did not release any information where the vessels will go following their interfleet exercise in the Mediterranean.
Daily Events
January 30
Baltic Fleet Ropucha class landing vessels Kaliningrad, Korolev and Minsk are reported in an area north of Valetta during the afternoon. All three vessels continue heading east [1].
The AIS signal of rescue tug Sergei Balk was last reported southeast of Cyprus [2]. The vessel is heading northeast towards the Syrian coastline, most likely heading to the naval base at Tartus.
January 31
An unidentified Russian surface warship was allegedly active northeast of Benghazi. The vessel is believed to conduct surveillance and anti-surface warfare exercises while waiting for a rendez-vous with the three Ropucha warships of the Baltic Fleet [3].
The three Ropucha class vessels were seen on commercial satellite imagery in a position southeast of Sicily. The Norwegian frigate Fridtjof Nansen is shadowing the group [4].
February 01
A counter sabotage exercise took place at the Tartus naval base. According to the scenario, a high speed motor boat attempted to intrude the naval base. A Grachonok patrol boat with members of the PDSS forces intercepted the motor boat and detained the occupants. A second group of saboteurs was later detected by the Kalmar search and survey system. PDSS forces destroyed this simulated group through the use of grenades [5].
Buyan-M class corvette Vishny Volochek passed the Bosporus on a northbound course towards the Black Sea [6] [7]. The vessel was observed making the transit around 08:57 local time [8].
February 02
A Pacific Fleet task force entered the Suez Canal and is heading towards the Mediterranean. The task force is composed of the Slava class cruiser Varyag, Udaloy class destroyer Admiral Tributs and fleet tanker Boris Butoma. The task forces spotted on commercial satellite imagery in the canal at 08:41 UTC [9]. The transit most likely started already on February 1st [10].
February 03
Natya class minehunter Vitse-Admiral Zakharyin departed the Mediterranean and was observed passing through the Bosporus [11].
February 04
All six large landing vessels present in the Mediterranean have arrived at the naval base of Tartus, Syria [12]. All vessels will start replenishing food, water, fuel and lubricants before going back to sea for a joint naval exercise with the ships of the Pacific Fleet task force.
Mediterranean Weekly SITREP 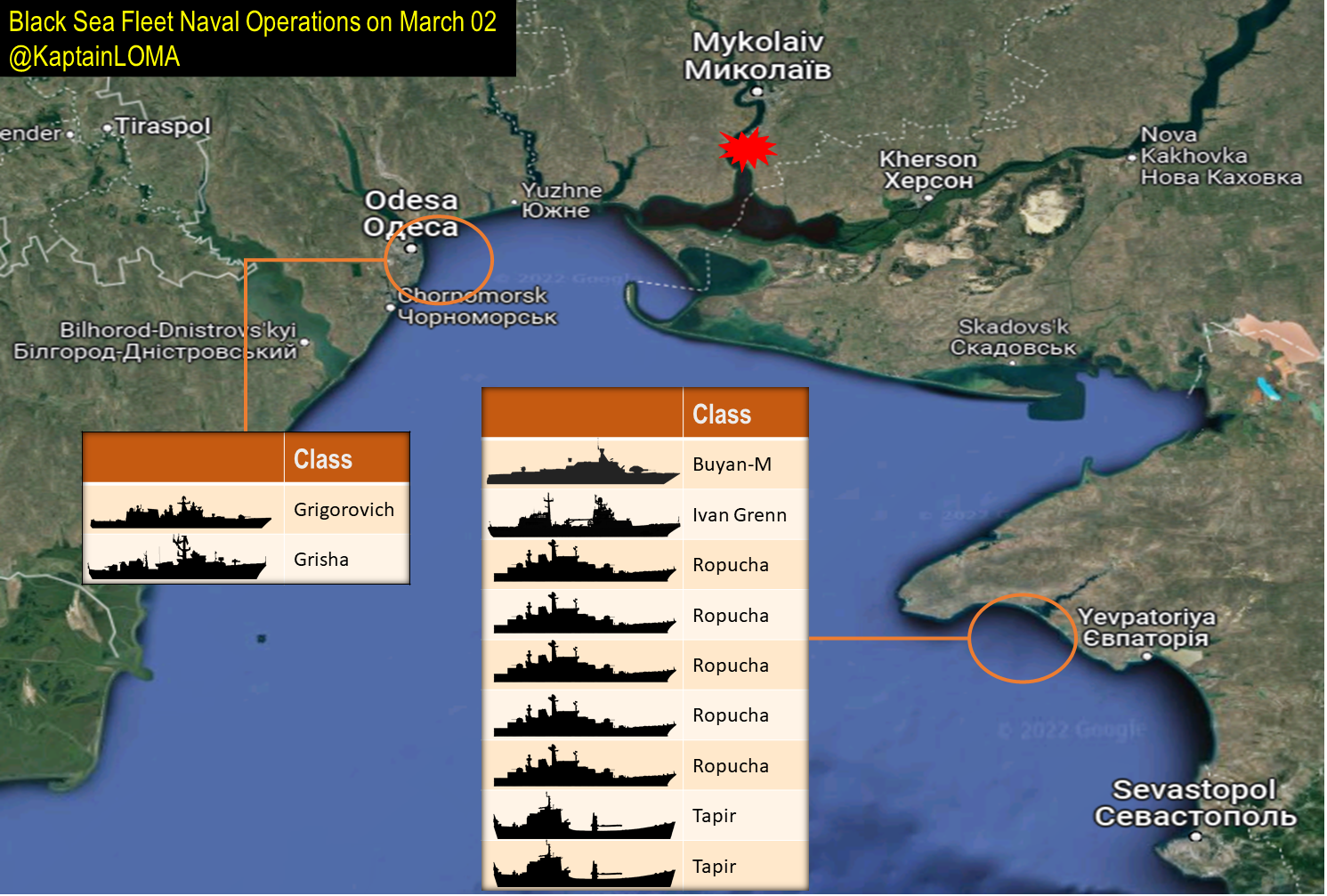 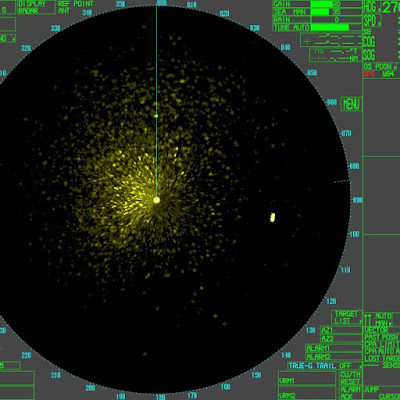 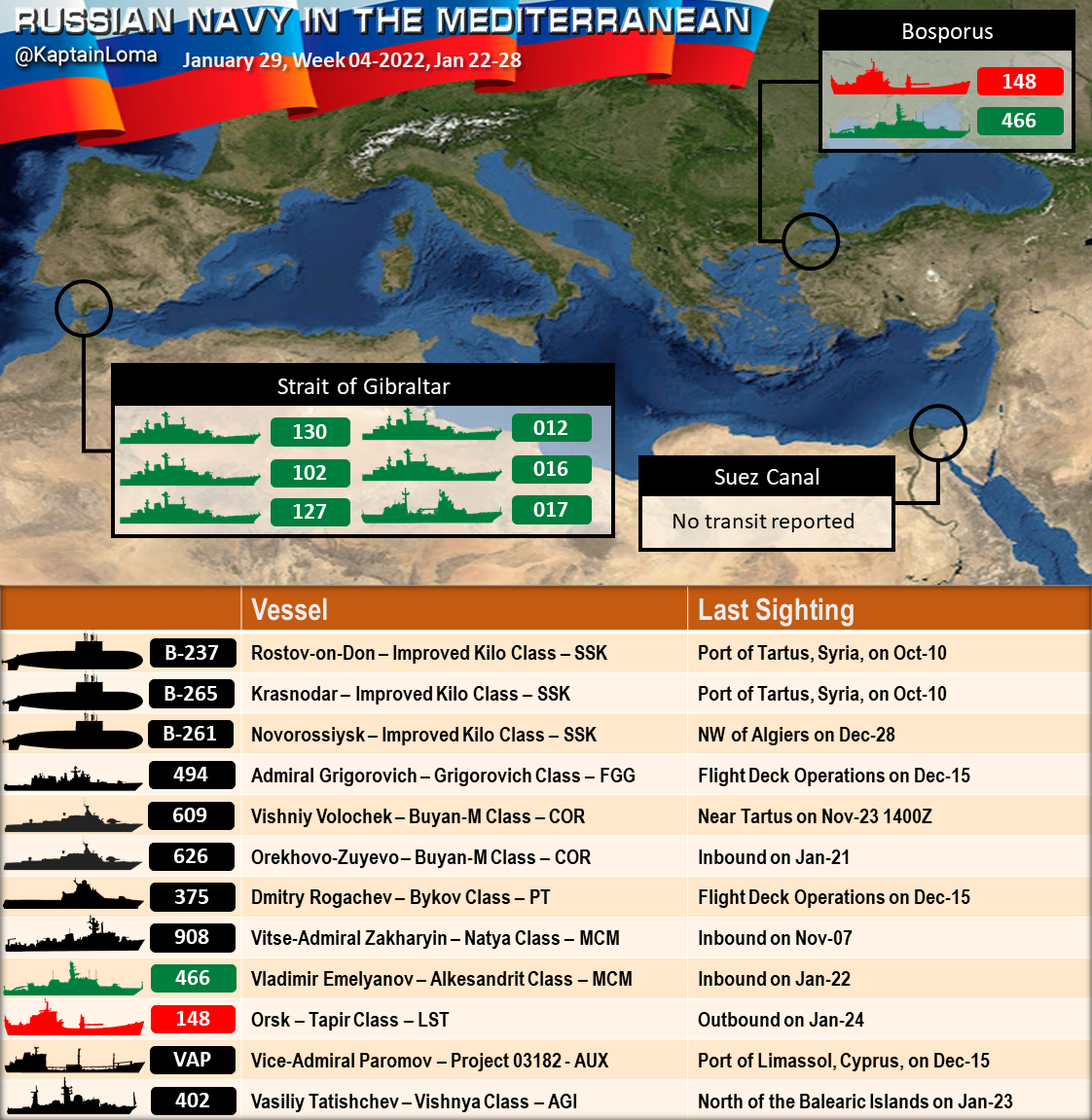